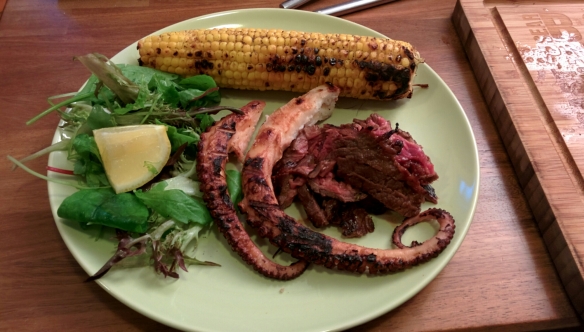 It has been a pretty good summer this year though The Boom and Junk did not have much luck BBQ wise. So, an end of summer BBQ do was due!

Junk having to maneuver her rump into town, offered to make some additions to Boom’s bavette steaks. According to the horse’s mouth, it was a rare cut at the local SuperM and 500g of cow for £6 was not half bad.

In the meantime, I was forewarn by Boom that whatever I managed to forage from Borough Market needs to fit well and proper on the BBQ grill, no fish baskets or the likes which means my catch needs to be big….OK….biggish!

Got the idea of Surf ‘n’ Turf in my head and off I went to…. 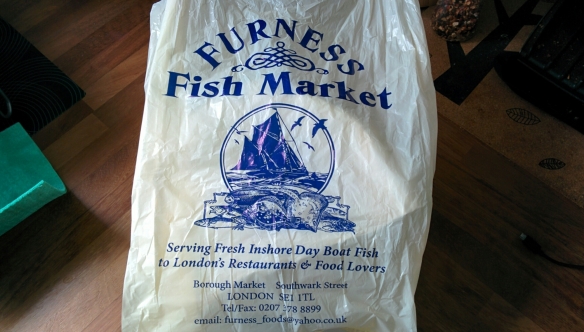 And this is my friend on the hot tube home!

Junk feels cheated! Count the feet….only 7? And this cost me £16+!!! At the very least, it has been gutted and cleaned. No possibility of an ink related incident! 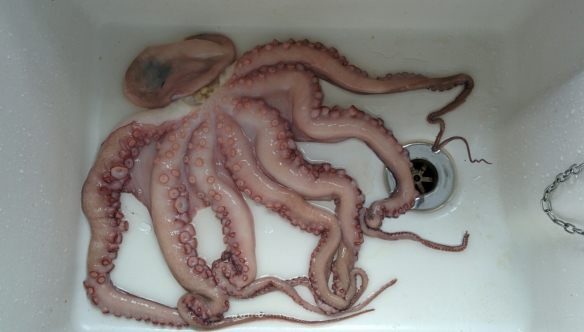 Recipes from the interweb all said to boil/stew the octopus for at least 45 minutes in a concoction of dry white wine and various herbage… or none!

Tossed in a handful of black peppercorn, bay leaves, few cloves of smashed garlic and a quartered onion. 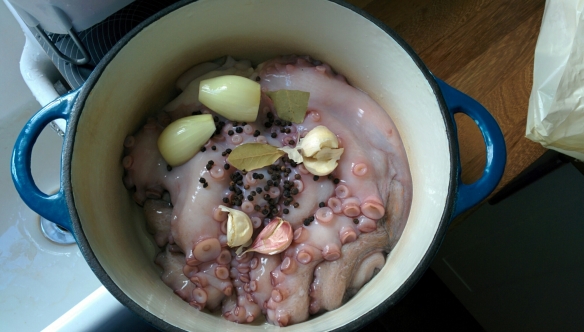 No white wine… so dry cider it shall be! Half a can… 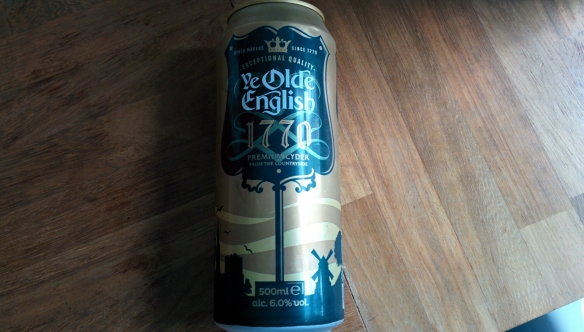 After 1 hour, what a beauty! 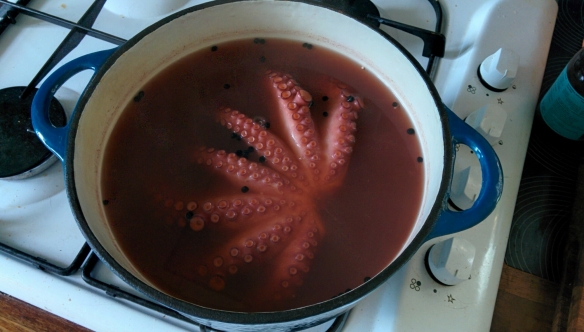 Are you feeling the heat? 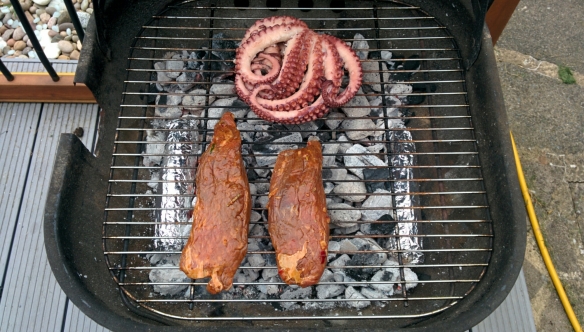 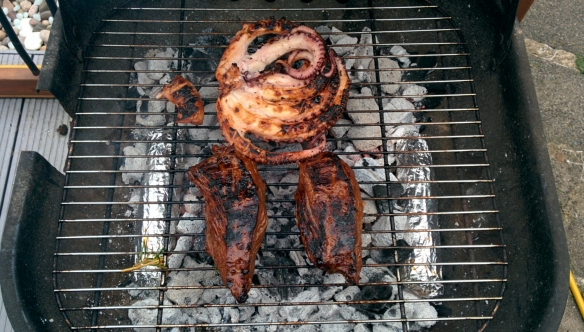 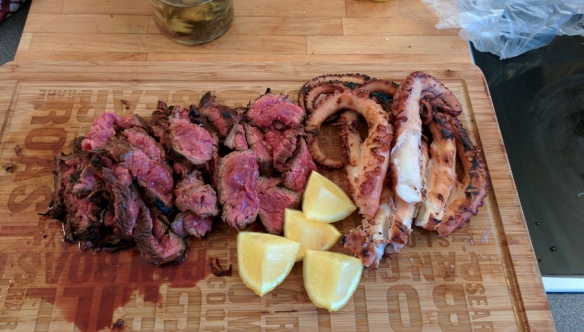 I think I boiled the octopus a tad too much. Folks! Stick to 45 minutes instead of an hour!

Boom – Ease up on the steak marinade next time ok? 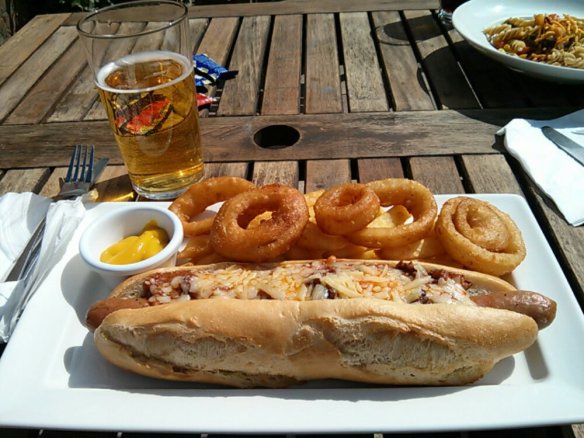 This was a lunch stop on a recent trip out of the big smoke and have to say what a gem Tweet and I managed to find. The original scheduled stop was another couple of hours away and we both didn’t want to have lunch at 4pm in the afternoon. So made an impromptu stop at the next closest town on the motorway with absolutely no idea what we will find.

The only thing we know about Stafford is it’s famous for Wedgwood pottery. Lately the high streets of small towns are blighted by pound shops, charity shops and payday lenders, was not surprised Stafford suffered a similar faith. Fortunately, the town center has enough distinctive architecture to make it not as depressing as the some of those we have been. 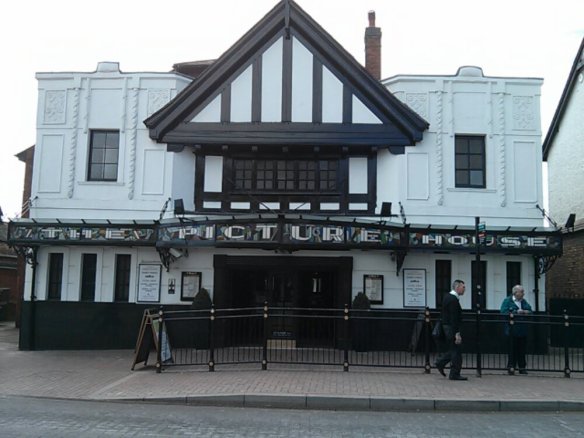 So while walking down the high street looking for possible lunch location, came across this Wetherspoon pub and took a punt knowing the food though not out of this world, the price will definitely be a bargain. What we saw made our jaws dropped! 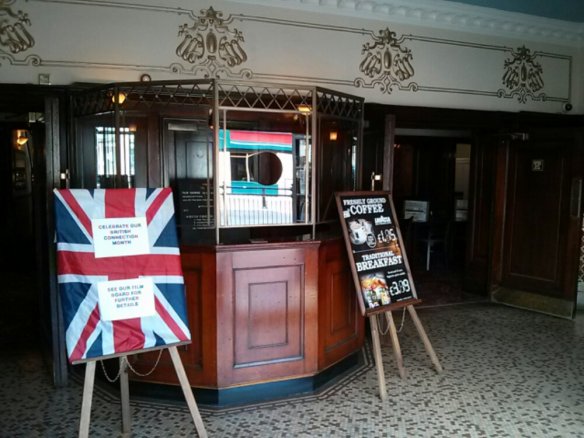 Apparently, this is an old cinema which Wetherspoon had taken over and remodeled into a pub in the 90s. The building kept the old style ticket booth and also has weekly movie nights where punters are encouraged to dress up in the spirit of the movie on show. 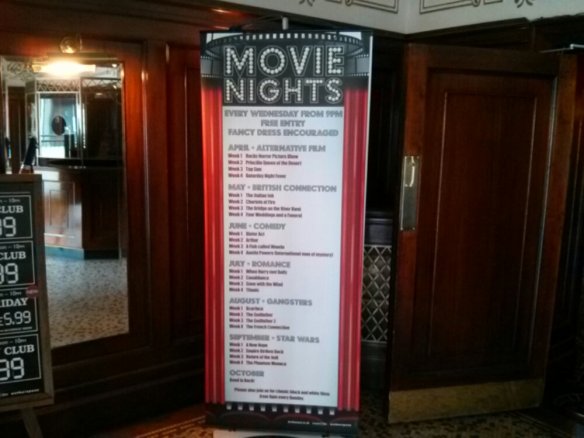 The interior of the pub was equally impressive. The moldings on the ceiling was probably as per how the cinema had it and the full length bar under the movie screen was a fantastic showcase. I will let the pictures speak for themselves. 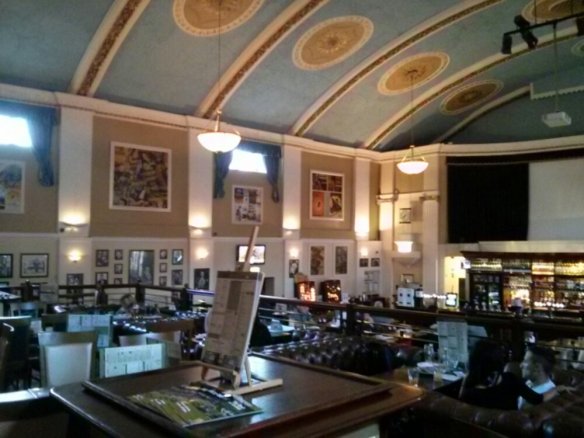 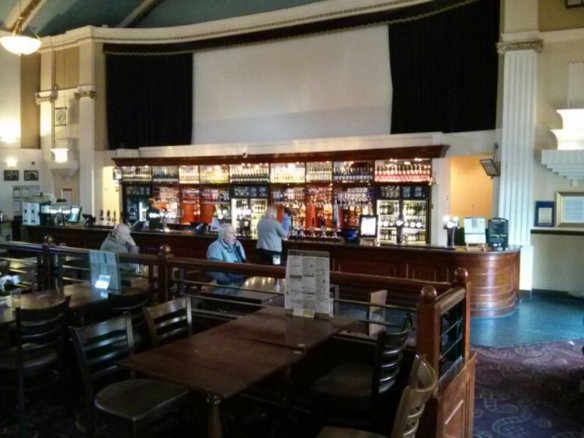 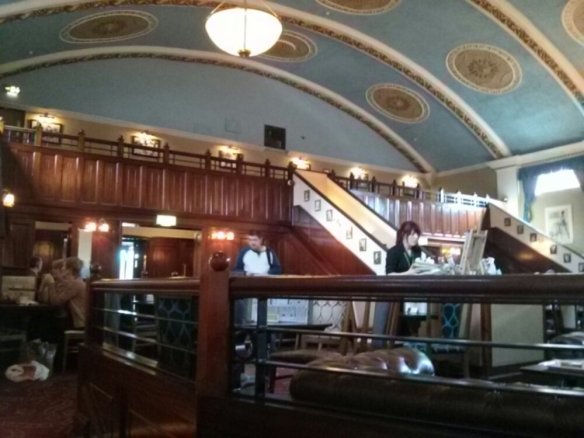 Anyway, seeing it was a nice day, we headed out to the beer garden which is above a small river, or should I say canal. If you don’t fancy the intimate lightning in the main cinema hall, the beer garden is a good alternative. 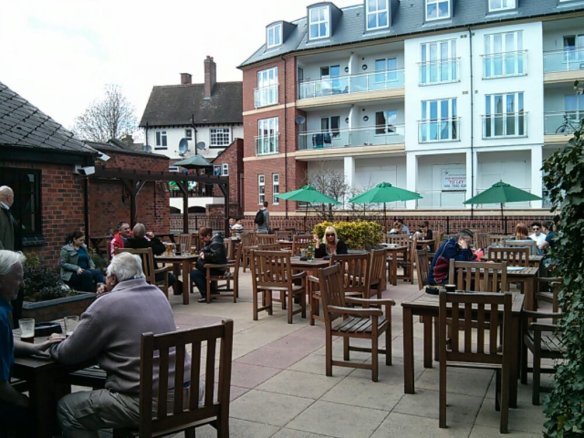 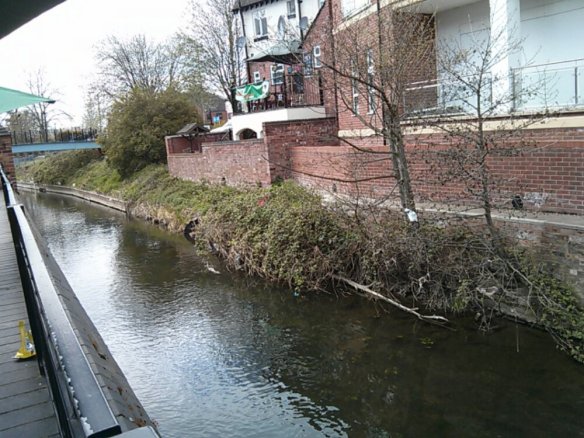 Enough ambiance gawking,  on to the food. As you can see from the menu, there were many deals to be had. From 2 for chump change to meal deals with drinks.

The last time I went to a Wetherspoon, I missed out on the hot dogs so I decided to go for the Gourmet Hot Dog with an alcoholic drink which set me back £6.95. Look at the size of the dog and the generous chips and onion rings! Not bad for £6.95 eh? 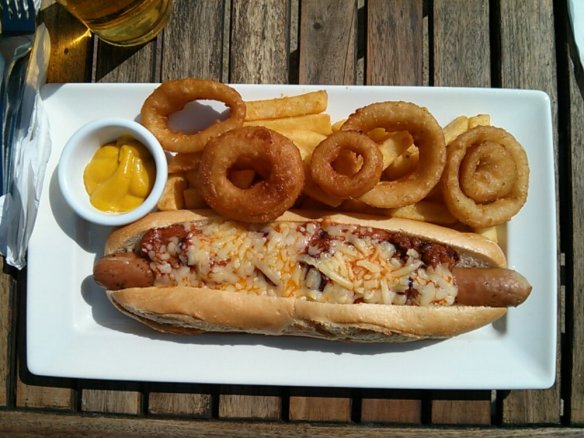 Taste wise, have to say I was disappointed. The frankfurter was missing the compulsory snap and the filling was slightly too mushy for my taste. The chili and melted cheese helped the lackluster texture of the hot dog to be let down again by the baguette. It’s a hot dog and thus it should be soft and fluffy hot dog buns. I have nothing against baguettes but the crunchy crust and chewy texture is just wrong and makes the entire thing hard to eat. 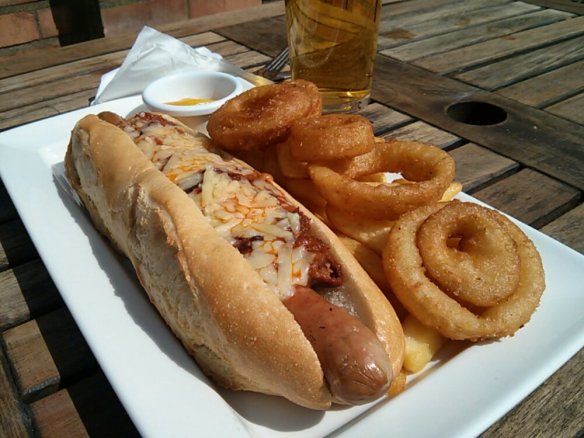 Anyway, at £6.95 with a pint of cider, can’t really complain especially when it is served in such an unique location! 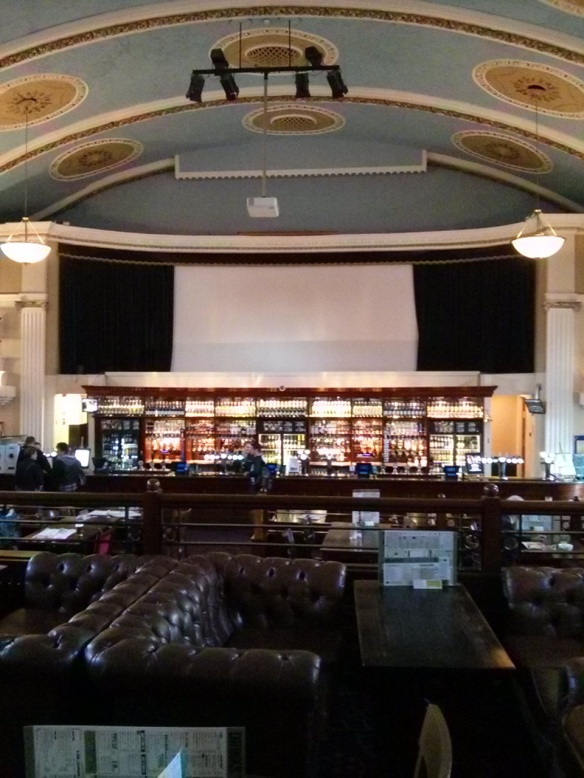 What I ate recently

It's not all about food