It’s funny how when you are in a different country, you noticed things you don’t often do. One of the things that fascinates me are the different and often ingenious ways people reuse daily items. This is especially prevalent in poorer countries I think. 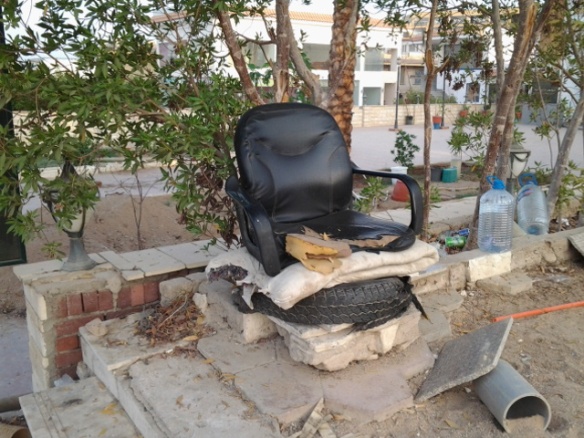 Back to what amused me about this particular site. The foreman of the site has a rather amazing “throne” whereby he perched daily to supervise ongoings. Its not a Herman Miller Aeron, but I bet it’s comfy!

More examples of recycling. At the dive centre, what looks to be an out of service fountain is actually used as the rising area for dive gear.

Scuba tanks needs to be regularly checked and serviced to ensure it can safely contain pressurised air. What to do with tanks that don’t make the mark? 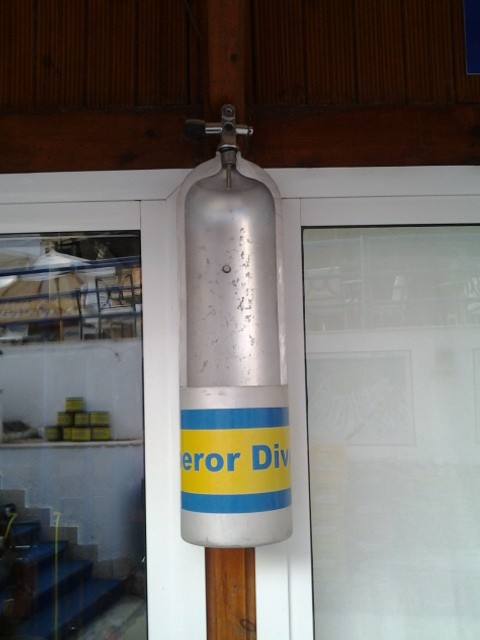 It was hard to keep the hotel room cool in this heat, especially when the power to the room requires you to insert your room’s keycard. The room warms up rapidly once the keycard is removed. I was using my credit card as a substitute but thought better when I’m away for the day. On my first day back from diving, was dreading the return to a hot room when I found this!

The used portion of a SIM card. The chamberdude is great!

Today’s welcome left by the chamberdude. Other variation include a swan with a heart shape, flowers on stems and a rabbit. Too bad I only took a pic of today’s creation. Wonder is there a course in towel origami.

More pics of residents. This time those that hangs out in and around the dive centre. The resident cat.

And the pack of “guard” dogs.

Next post will be back to food as per the regular schedule.

For once, I thought I write a post not directly food related. I have been getting comments from friends that all I write about is food. Duh! This blog is about what I eat for lunch after all. Also got a request from a fellow blogger asking for pictures of instant noodle aisles. Hans, this one is for you! Lastly, thought it might be nice for my family in Singapore to see where I do my Asian shopping.

The Wing Yip in Cricklewood was Boom and my regular Asian supermarket outing after the nearby Oriental City got redeveloped. It is not as good as Oriental City was as it does not have a food court. But the Reindeer Cafe in the complex itself satisfy the craving somewhat. 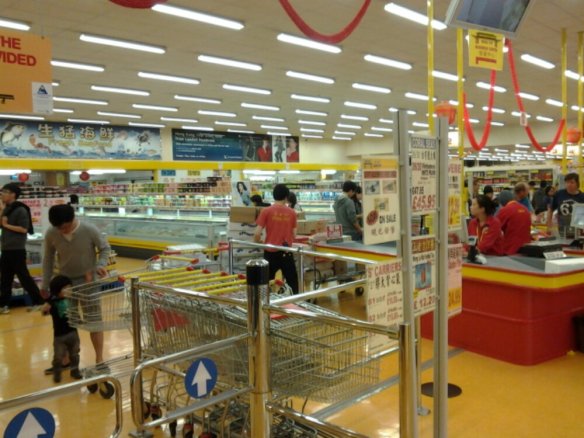 Apart from Reindeer Cafe, there is another restaurant and a couple of shops. One selling Chinese bric-a-brac and another selling catering equipment. The layout is like a typical supermarket. Frozen food section, a live fish counter selling fish, crabs, lobster and the likes. A huge selection of Asian groceries and a small area at the end of the market area selling fresh veg. There is also a warehouse like area containing more wholesale products. I guess that area is for Asian restaurant owners. 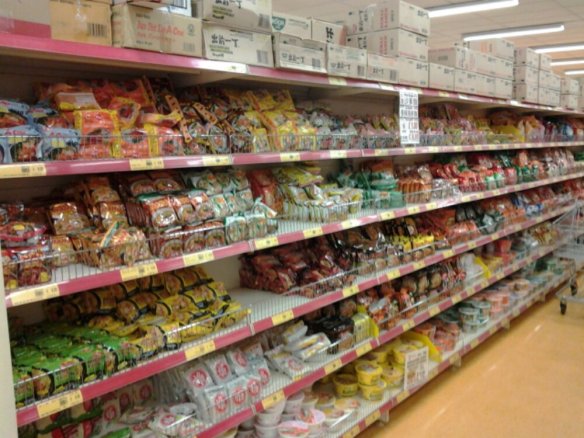 Finally, the picture Hans has been waiting for! The instant noodle aisle! The selection here is pretty good and the brand and variety changes pretty regularly. I always managed to find new ones whenever I shop here. The final price of my splurge this trip was £101+, not too bad for a close to full shopping trolley.

For the techies reading my blog. Is this cool or what? But then again, you might already know about it.

What I ate recently

It's not all about food